A reader (Ken Stott) kindly sent in a few photos of Eric Wilson’s hill climb bike from the 1950s and 1960s. Eric Wilson won four national hill climb championships in 1955, 1957, 1960 and 1964. Four titles over a period of 10 years. Ken still looks after Eric’s bike, though he says he doesn’t ride with quite the speed of Eric Wilson in his prime! 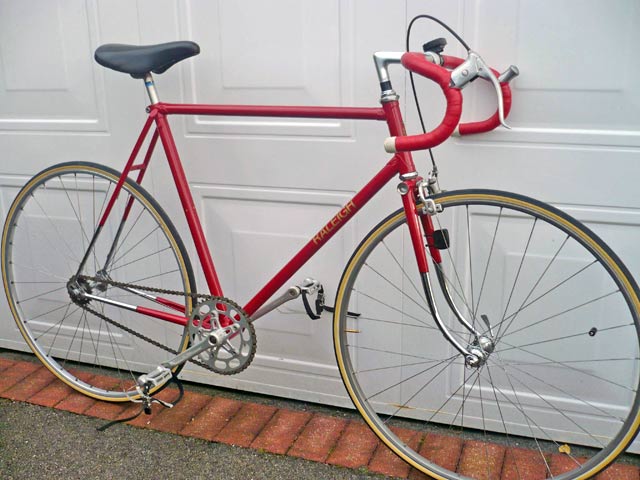 
The bike is of course fixed. Nearly all hill climbers will have ridden fixed in those days. Though gears were starting to become more popular. John Woodburn became the first rider to win the national 25 mile title on fixed in 1961. 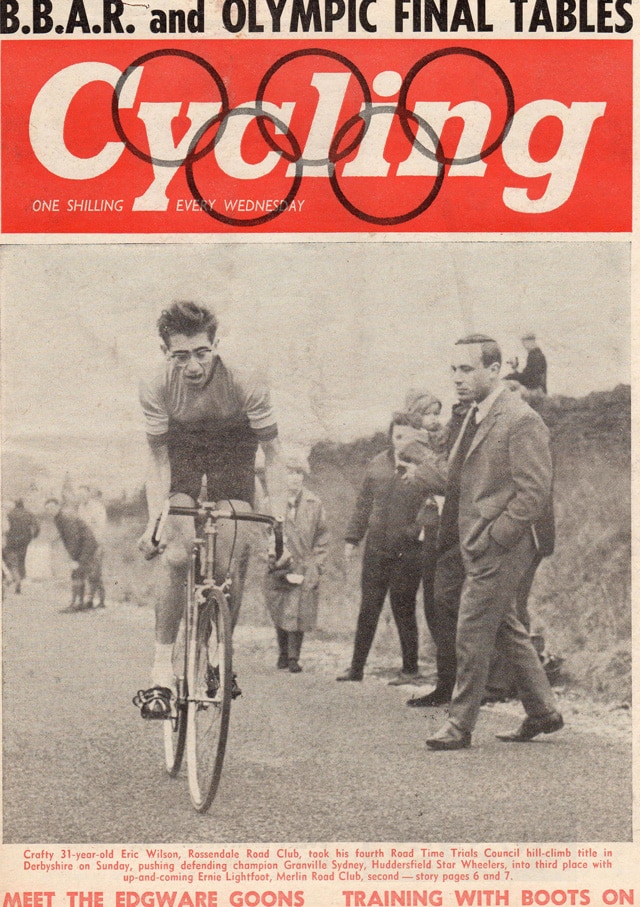 If it was Eric Wilson’s fourth title, it must be 1964. (updated National champ winners)