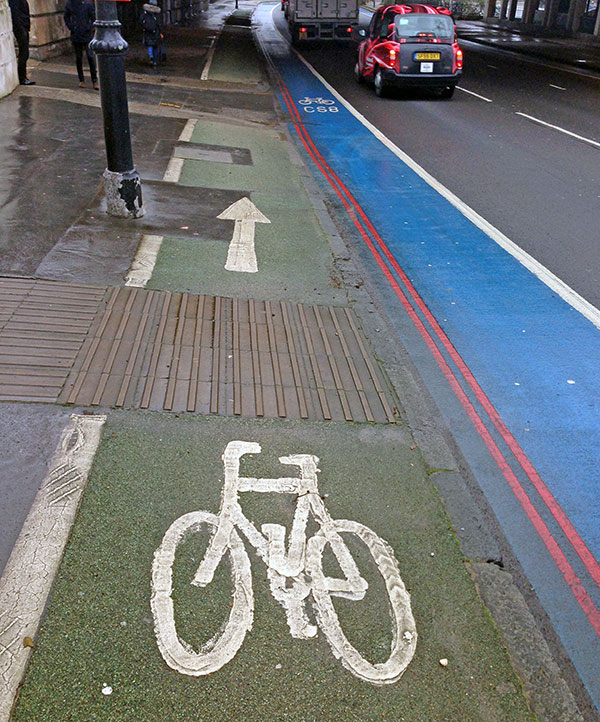 Spotted in London. Two cycle paths next to each other.

Take your choice. Share the pavement with pedestrians and dogs on leads, or share the road with taxis and lorries passing close by.

Neither seem particularly appealing from this photo.

I tend to avoid shared cycle paths on pavements because 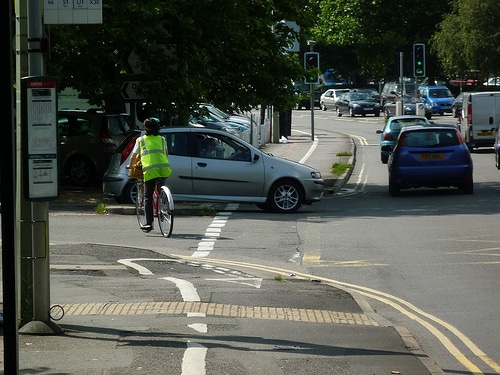 Still some people may much prefer this to the road, so it might encourage some people to start cycling who otherwise wouldn’t feel safe on the road.

It’s easy to complain and wish we had something perfect. You can imagine some town planner saying – we provide two cycle paths and they still complain!

Perhaps one merged together separated from the road would be best. Not sure how much protection a blue foot of paint and a white line are. 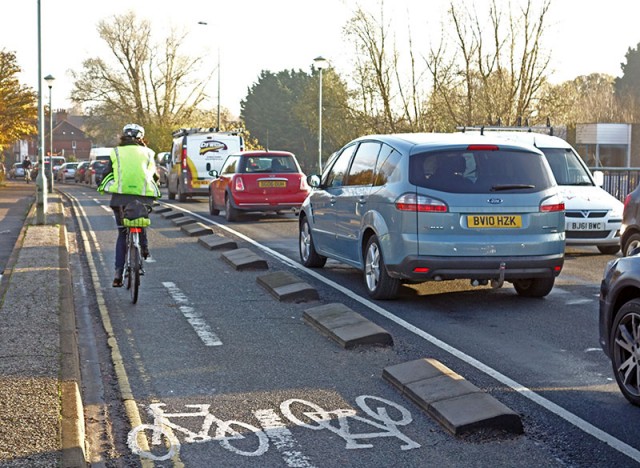 Better than no cycle paths.

Still better than nothing. It’s harder for people to say cyclists don’t deserve to be on road / pavement, when you have cycle paths.

p.s. thanks to parents for photo from London.