The Shaftesbury CC 50 mile TT has been held since 1906. The first winner being S.Smith in a time of 2.27.52 – not bad for single speed, no traffic roads and probably less than skin tight alpaca wool tights. It’s a pretty impressive history for a cycle race. (Starting only 3 years after the first edition of Tour de France).

Today’s Shaftesbury CC event was held on the E2/50c – a fast bit of road using the A11 and A14. Michael Hutchinson once broke competition record for 50 miles in this event, with a 1.35. I did the ECCA 100 on this course a few weeks ago. With windy conditions, and still awaiting some go faster aero equipment, I was more interested on what power I could manage – rather than setting a time.

But, the plan to ride to power, didn’t go to plan as the Garmin somehow got mislaid in the car. I found it after the race. But, without Garmin,  it was back to, ‘old school’ riding on feel, with not even a clock to give an idea of how long it was taking.

The first leg was mostly tailwind, and it was pretty fast with quite a bit of time spent in biggest gear of 56*12. I’m been having problems getting the gear into the 11 sprocket, so before the race dutifully put bike in workstand and checked gears were working properly In the workstand, the gear slipped into the 11 sprocket as seamless as possible; there seemed nothing to adjust. Yet, as soon as got on road in Cambridgeshire, it wasn’t budging and I couldn’t get in the 11 for love nor money. I bet if I put it back in workstand it will work again. I would love to understand the science of this or maybe there is no science it is just the amateur bike mechanic gremlins at work.

Still, I can pedal a high cadence and it was great fun going along with tailwind up the straight road. The A11 is about as far removed from hill climb territory as you can imagine. Still even hill climbers like trundling along at high speeds. With such a good speed, uou’re almost tempted to give the turn a miss and just keep going to do an out and out 50 mile and get the train back. But, at Red Lodge, I came off the A road for a short bit of quiet B-road. I later found out I went through 25 miles in about 48.17. which would be a massive 25 mile pb. But, that was before the return leg. It was quite windy on the way home, though I felt pretty good and felt a lot more power than BDCA 50. But, perhaps if I had a power meter it would be telling me something different. That’s the rub with a power meter, is it good to be told you’re not trying hard enough?

Anyway I finished. A little bit thirsty. It was quite warm today.

I enjoyed the race. Less windy would be good, but you can’t have everything. But, not many timetrials left now, just the odd 10 mile and 25 mile TT. I’m sure when I finish TT season at Nat 25, my new aero-equipment will turn up the day after. Just as reliably as my 11 sprocket will work as soon as my bike goes back in the stand.

Big thanks to Shaftesbury CC and all the marshalls who stood by the side of a busy road for a couple of hours. 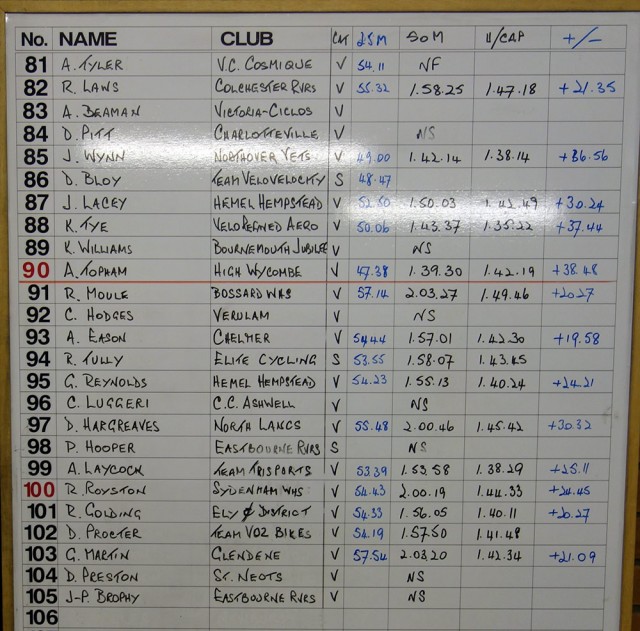 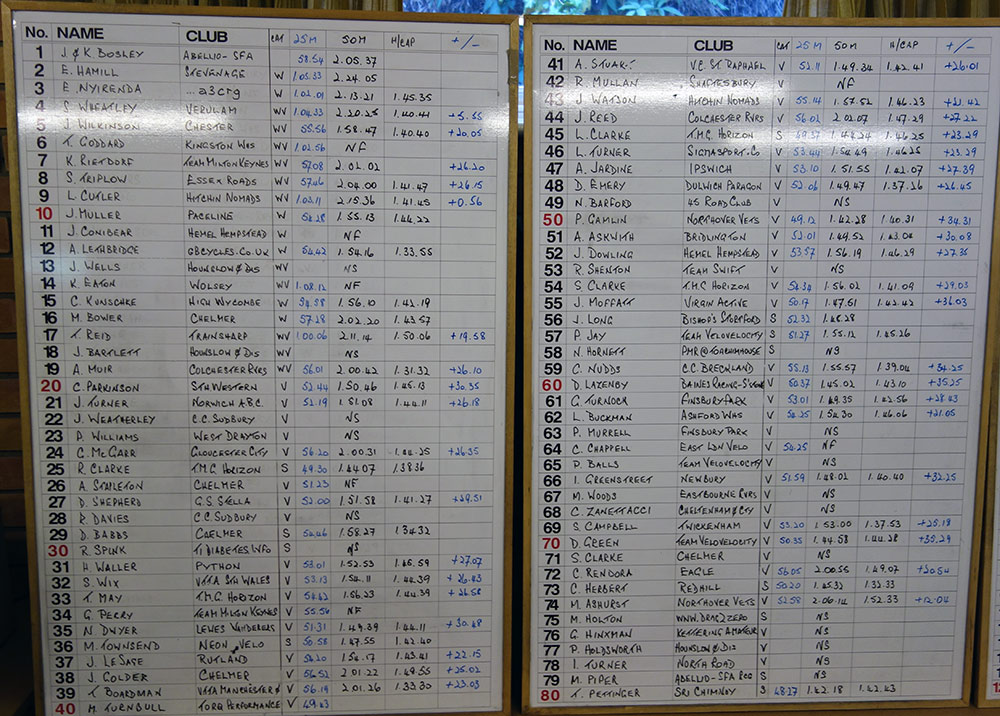 View all posts by tejvan →
Doping, suspicion and cycling
How to enter a hill climb