There is a well known cliché in cycling ‘let your legs do the talking’. But,  I sometime surprise myself how much there is to write about a short race up a hill.

In the run up to the national hill climb, I didn’t have much  inspiration to write, but since the national is over, my mind is  a stream of hill climb consciousness; and – for better or worse – it tends to get written down. To be honest, it’s a lot more fun writing about hill climbing than working on my next A level economics revision book. I should really be writing about UK fiscal policy, but hill climbs is a very welcome diversion.

Some random thoughts on hill climbs 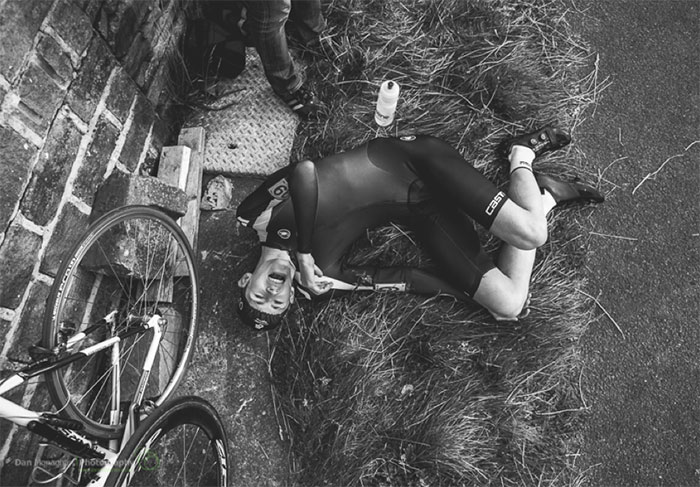 Since Cycling Weekly’s relaunch earlier this year, there has been more of an effort to cover domestic racing, and coverage of the hill climb season  has been good. I think the hill climbs get quite a lot of interest because:

There was an interesting article on hill climb diets Cycling Weekly  (I don’t know why Cycling Weekly chose a picture of me to represent stick thin insect hill climbers…) Often in previous hill climb seasons, other riders sometimes do relatively better as the season progresses. Weight loss is a possible reason. I’m 61 kg at the end of October. I’m also 61 kg in early September (and for that matter – 61 kg mid Dec, after three months of eating mince pies and carrot cake)  In short, I don’t lose weight. But, if other riders do lose weight, it makes sense they will get relatively faster on the hills.

I heard Richard Bussell lost 6 kgs between the national 10 and national HC. That’s quite an impressive discipline of weight loss.

How much marginal gains to make?

A dilemma of a hill climber is how much time / money to spend on making a bike lighter? There is a certain art and aesthetic quality to stripping a bike down and making as light as possible. But, is it worth spending £X on saving Y grams? It can start off as fun to save weight, but it can become an obsession with uncomfortable repercussions for your bank balance.

The narrowness of the finishing results, unfortunately suggest that saving weight can definitely pay dividends for those at the sharp end. In a climb of 150 m height gain – 300 grams could be the equivalent of around 1 second. (Time saved weight loss)

After the race, somebody came up to me and said they reckoned they could have knocked 300 grams off my bike. It was a little frustrating, because I knew they were right. I’m sure I could save some more weight in brakes, gears and chain catcher e.t.c. But, I thought 5.2kg was low enough, and I was a bit burnt out from buying an Emonda earlier in the year.

In a last minute ‘save some more weight panic’ I was buying some new wheel skewers online and was going to pay £160 for some skewers which weighed 22 grams, but at the last minute I pulled out. There has to be a limit, you have to have some dignity! Instead I spent £60 for 35 grams. As it happens, another second wouldn’t have made a difference, though it easily could have. If I had lost championship by 0.1 second I might have regretted not spending £160 on wheel skewers, but now I feel a little pleased with myself, if nothing else, my bank account is, at least, £100 to the good. But, it did make me wonder though, if a former national hill climb champion baulks at paying £160 for 22 gram wheel skewers – who exactly does buy this equipment?

One reason to be careful about weight calculations is that it depends how you save weight.

It’s a good reminder that hill climbs is not a competition to buy the lightest bike. 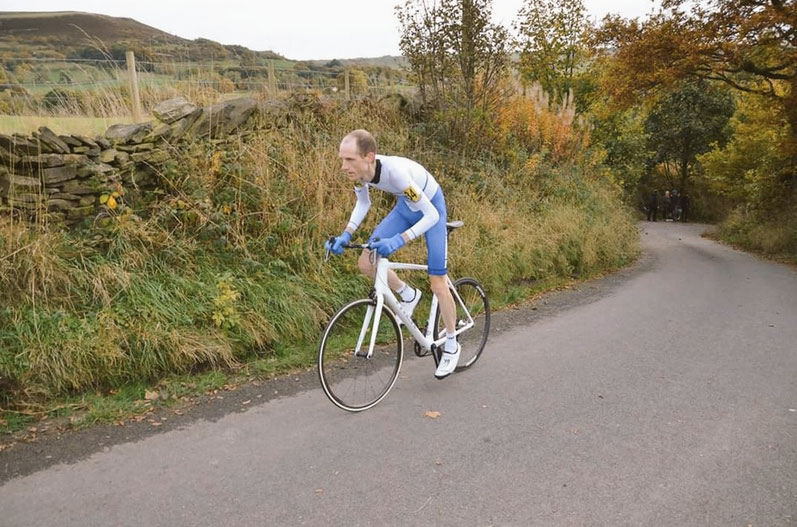 I enjoyed racing with cut off handlebars; it felt a good position to pull on. In this case, I didn’t actually buy the lightest Zipp bars, but the stiffest.

But, whatever you do in a hill climb, it is a great feeling to put on lightweight wheels and ride a 5kg bike. Yesterday I went back on a winter training bike, the difference is an unwelcome shocks to the system.

The Cat and Bec hill climbs were a better guide to form for the nationals, than  I expected. Compare the results to Porlock, where me and Dan Evans where around 40 secs quicker than R.Bussell. It suggests Jackson Bridge was more akin to the short explosive climbs, than the longer 12 min plus climbs.

The growing interest in the hill climb is very good. It was a record startlist (240 riders) and even then 60+ riders (mostly older male vets) didn’t get a start. The organisers did a great job to accommodate so many riders and keep the hill closed to traffic  all day.

It is a shame that, for reasons of current CTT regulations, results are published as one overall list. I think a better regulation, would be to have separate results for women and men. Even if run as one event, it is quite easy to filter an excel sheet and produce a separate result list for the women in the race. I know it’s a bit radical, but just because something has been done for a 100 years doesn’t mean you have to keep doing it the same way. I don’t think anyone would feel aggrieved if women and men had separate results. But, it would be better for women to be placed 2nd in their category, rather than 140th overall.  If you promoted a marathon, you wouldn’t just expect results to be one overall list. You could also get around the problem by just having separate events (and perhaps one for juniors too), but even if it is still run as one event, the regulation could be changed so results list both male / female results separately. As a rider and former race organiser, I would see that as a positive change.

2 Responses to Even more on hill climbs