I have been reliably informed that if there is any discussion of cycling on internet, it is inevitable that, some poster (or several) will bring the conversation around to the stock comment – that cyclists use the pavement and are a real nuisance. It can be about any topic related to transport, such as improving road safety, the dangers of using mobile phones. But, the fact that some cyclists use the pavement is used ad nauseam – as a sweeping statement to tarnish all cyclists and negate any sensible discussion. I’m sure that somewhere in the Bacchanalian depths of the Daily Mail comment section there is the logic that since some teenagers cycle aggressively on the pavement we should ban all cycling on the road. 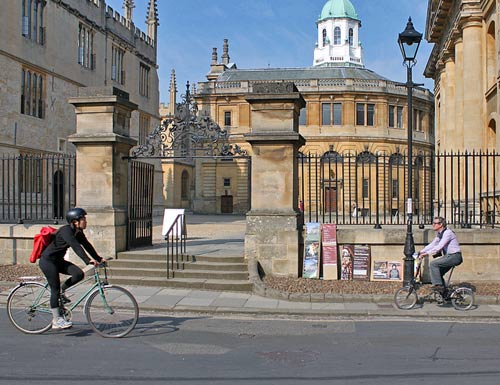 I have no idea why the guy on a foldup is using the pavement. There’s hardly any traffic on this road.

The law on pavement cycling

Firstly, it is against the law to cycle on the pavement, unless it is a shared footpath

It is illegal to cycle on the pavement, unless there is a sign indicating a shared use cycle path. Cycling on footways (a pavement by side of a carriageway) is prohibited by Section 72 of the Highway Act 1835, amended by Section 85(1) of the Local Government Act 1888.(Highway Code)

This includes children. Children are not allowed to cycle on the pavement. Though the police are generally advised to use their discretion and not prosecute in this instance.

Why do people cycle on the pavement?

Problem of cycling on the pavement

In terms of fatalities and serious injuries, it seems that the threat posed by cyclists is exaggerated. Pedestrian and motorists are quick to complain about nuisance cyclists, but it is motor vehicles which are responsible for the vast majority of serious accidents. In 2011, there were 480 pedestrian fatalities. (cycle stats) These were not caused by cyclists on the pavement. It’s not just cyclists which invade pedestrian areas, but also parked cars and cars which lose control.

One thing about cycling on the pavement is that it is highly visible nuisance. Motorists using mobile phones, passing too close, not paying attention are accidents waiting to happen, but it is not so obvious. It is easy to ticket a cyclist on the pavement, it’s harder to ticket a driver who passes far too close to a pedestrian / cyclist. 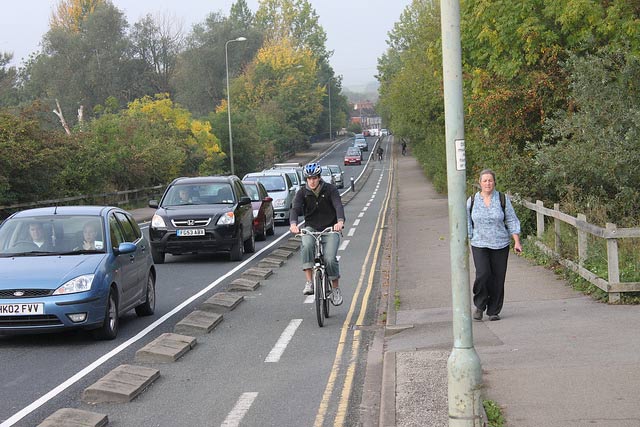 No excuse for cycling on the pavement here, though amazingly I still some people on bikes  use the pavement!

Slightly off topic, but worth mentioning here. Pedestrians often don’t look when crossing the road. I have been knocked off a bike by a pedestrian who crossed the road without looking (only listening for cars). I agree 100% cyclists need to be more considerate, but don’t forget to look! cyclists can be quiet! (It’s surprising how many cyclists have been knocked off their bikes by pedestrians)

Is cycling on the pavement ever justified?

From a personal point of view, I don’t want to cycle on the pavement for four reasons: 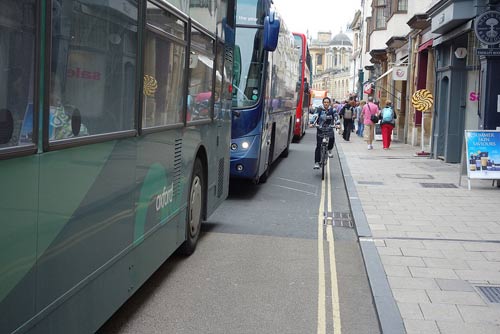 On rare occassions, you have to be ready to jump onto the pavement to avoid getting squashed. Daily Mail readers may damn you. But, it’s more important to stay alive.

However, having said all that. There have been times when I thought this road is so bad and dangerous I really would rather pay a £30 ticket than risk getting killed. Mostly in New York.

I don’t like doing it, but then I really can’t face dicing with 3 lanes of traffic travelling at 50mph. When I have cycled on the pavement, it was always at walking speed, with the intention of giving way to any pedestrian. If I myself was a pedestrian I would have been sympathetic to the plight of the cyclist. It is like when I see a young kid cycling on the pavement at barely walking speed. Personally, I feel glad they are on the pavement and not on the road.

By contrast, when I see a teenager charge down the pavement, it is annoying and I wish they would get a ticket.

The other time I occasionally use the pavement is when a big vehicle is trying to go through a narrow road between parked cars. By going onto the pavement the vehicle can squeeze through the gap of parked cars. Always I get a wave from the driver because he is grateful I’ve used my common sense to let him past.

How to stop cyclists using the pavement?

Ticketing. I think it is good to enforce rules of the road. The recent crackdown in London on bad cycling and bad driving has good benefits. I would only say that the police should use discretion, by all means give fine to rampaging cyclists, but if someone is just avoiding a dangerous junction and cycling very slowly, they should use their common sense and discretion.

Give alternatives to dangerous roads and road junctions. Do we need three lane motorways in city centres? Can we not give more space to cycle paths. Is cycling on pavement in the Netherlands a problem? not as far as I’m aware because there isn’t the same dangerous layout of roads. 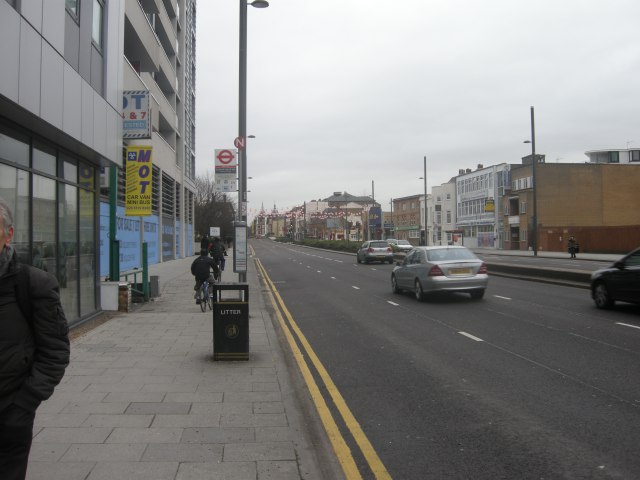 Photo: As easy as riding a bicycle

For example, see this post – How to stop cycling on pavement By – As easy as riding a bicycle

Cycling on pavements is an emotive issue and will continue to be a big issue for cycling. It seems the best way forward is twofold

For those who are entirely unsympathetic to any difficulties cyclists face, I wish they would cycle from one side of London to the other. If petrol heads like Clarkson actually cycled in London, I’m sure he would understand why at times, you need to think of self-preservation.

4 Responses to Cycling on pavements – problems and solutions