When I began my season of proper racing back in 2005, I bought a turbo trainer. It was a bit like a rite of passage, akin to shaving the legs. Only proper cyclists would buy a turbo trainer, you have to be pretty serious to spend a lot of money on something which involves getting very sweaty cycling to nowhere – driving you as crazy as the proverbial hamster on a hamster wheel. 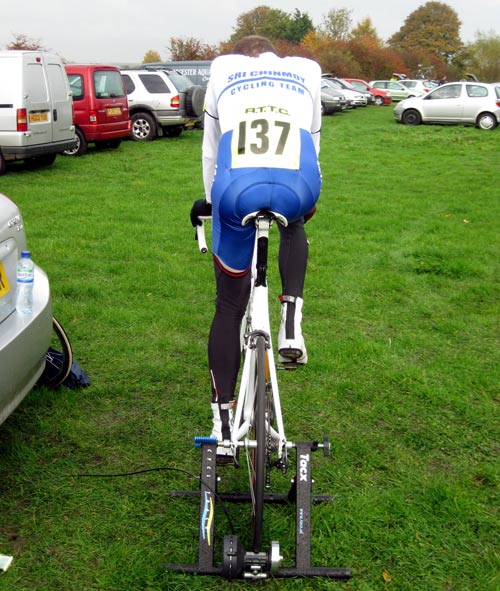 The road to nowhere

I felt like I’d done the right thing to spend £100  on a turbo trainer. The only problem is I could never bring myself to ride it. Of course, after buying, I did try 30 minutes on the turbo, but I then did one of those turbo interval sessions, where the interval of rest is about 12 months. If the weather was bad, I simply didn’t ride or I’d prefer to go out and get wet. The great Emil Zatopek said training in the rain is good character building. I took this as a noble excuse to avoid the turbo. It’s probably character building to spend 2 hours on a turbo, but I didn’t particularly want that character.

Even when warming up for races, I never bothered taking a turbo. I’d rather risk puncturing before a start of a race rather than get ridiculously sweaty and bored 5 minutes before the race started.

The thing with a turbo is that as soon as you get on it, time seems to exist in a different dimension. 5 minutes becomes an hour, and one hour becomes a life sentence. You start clock watching as the seconds tick interminably slowly. Over the years, I did make the odd perfunctory attempt to master the art of the turbo. I’d make bold intentions of a good one hour session, but invariably, after 20 minutes, I’d reduce it to just half an hour, and that would be my turbo session done for the month.

Last year I threw away my turbo session. Not because it had worn away from overuse. I threw it away because it was hopelessly rusty. It was an embarrassment and a reminder of how little my £100 had been used. In fact when I calculate the cost per hour of that turbo – it wasn’t just incredibly boring, but also very expensive for those minutes of torture.

Despite being the world’s worst turbo user (though I’m sure some readers will challenge me for that title) I felt compelled to buy another one. A cyclist without a turbo is like a triathlete without his sleeveless top. To be fair to my turbo, I did need it for warming up for the national hill climb in 2013 –  my rollers were slipping all over the place in the torrential rain. I may only use this turbo for one hour per year, but at least it can claim some justification for the money. 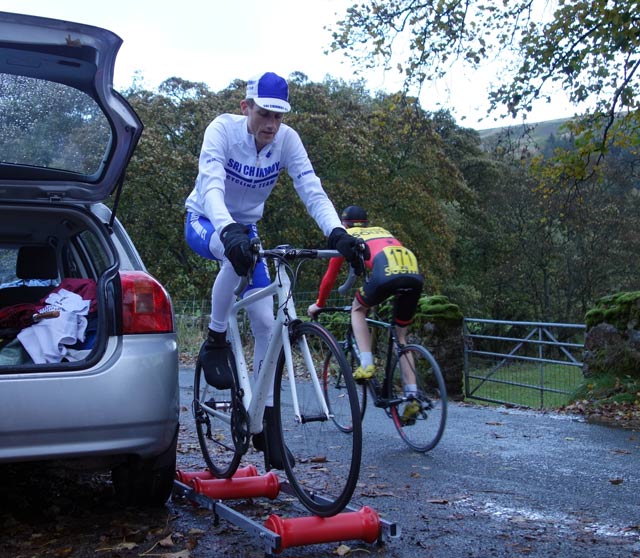 However, eight years later, and despite all these protestations of disliking the turbo torture machine, I’ve just calculated that, in this week alone, I’ve done four sessions on indoor rollers. Rollers are not exactly like a turbo, you do have the added fun of managing the bike on the slippery rollers and dismounting from rollers without falling off and getting injured from indoor cycling. But, essentially it is similar. You ride indoors with the same blank wall to look at. But, the strange thing is I have really quite liked it. I still have that nagging feeling of fear before starting a session, but yesterday I managed nearly two hours on the roller. A record for indoor cycling. I feel compelled to boast about this achievement, no less significant than riding 200km on the open road – I spent two hours on the indoor rollers! (and no-one has come to take me away in a white coat)

What can explain this turnaround?

When the weather improves, I’ll probably be back out riding on the roads, but maybe not all the time. I quite enjoy these 1-2 hour sessions on the rollers. I do worry I may become one of these people who open conversations with talk about average power on turbo trainer sessions, this would be very worrying. But, if I can get some zone 3 fitness in the wettest January on record, God bless the turbo!

5 Responses to Falling in love with the turbo