This post is inspired by a recent visit to France.

France is a marvellous country, and I had a really fantastic time in the Pyrenees – but for a country which prides itself on its cuisine, breakfast is really hopeless – and not at all good for cycling.

We stayed in a typical French Gite, very nice owners, but what do you get served up for breakfast? 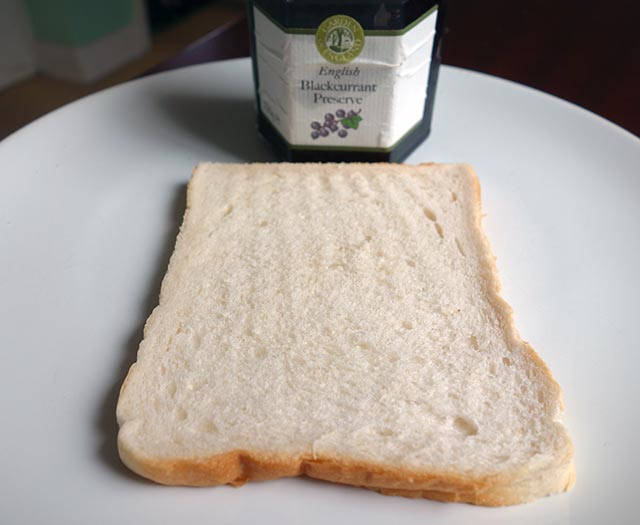 I was in such a state of shock I didn’t take a photo of my French breakfast. But, this is essentially French breakfast – white croissant and jam. If you stay in a five star hotel, you may get a sliver of cheese or ham to go with your white bread.

This is the worst possible breakfast for a cyclist. It is just high GI glucose which will raise your blood sugar levels, and then when you start cycling, the blood sugar will drop off. Eating French bread is nutritionally similar to eating a plate of jelly beans. 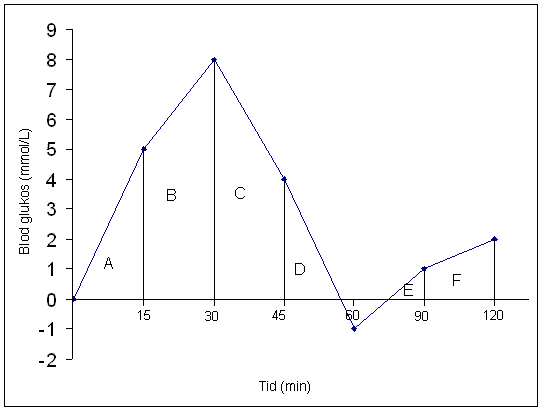 Graph describing the rise of blood sugar after meals Chriss

Let us look at the GI Index of some different breakfast possibilities.

Generally, unprocessed foods – food with fibre will have a low GI index.

GI index of foods can vary. You will see slightly different measures depending on where you look, but it is interesting. (GI Index) 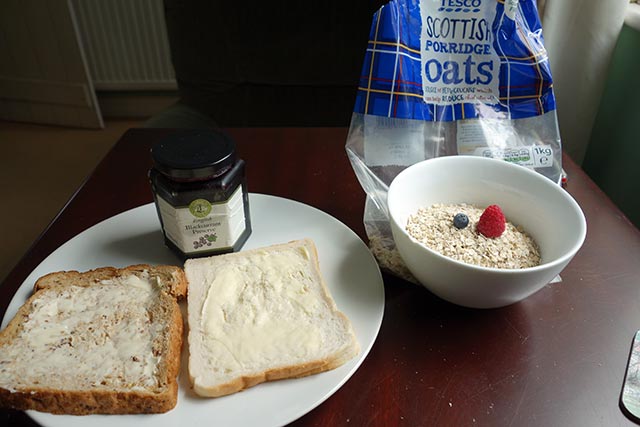 oats and fruit with milk (on right) is a good breakfast.

Porridge – with milk / soya milk. Porridge made with rolled oats, will give sustained energy over time. You can sprinkle some fruits like grated apple, blueberries e.t.c on top for some natural low GI sugars.

Muesli (no added sugar varieties) – similar to porridge, oats, wheat flakes, barley e.t.c. With nuts and fruits. This is slightly higher GI than porridge, but is a tasty way to start the day. I mix my own muesli with a higher proportion of big oat flakes to get lower GI.

Some multi-grain bread – If you fancy some slices of bread, choose multi-grain, wholemeal.

Protein bars / protein drinks. Sometimes on the way to a race, when you want a snack, I go for a protein bar / protein drink, as this is a way to get a moderate GI index.

Pasta? When I started cycling 20 years ago, the super cycling food was pasta. I thought the best thing for breakfast would be to eat cold pasta. I stopped this a long time ago. Pasta from wheat is a little harder to digest. You don’t want to overwork your stomach in the morning.

French breakfast. It should be noted that the French breakfast was not the end of the world, I still managed a five hour cycle ride, without noticing much difference, but next time you visit the continent – don’t forget your supply of oats – That’s my top tip for the day.