The RTTC Classic series is a series of six national CTT events which make a national time trial series. The series counts the combined score from your four best events. The events have been chosen to include some of the major time trial ‘classic’ events – on non standard distance over a variety of terrain. The aim is to give an added focus to riding ‘sporting’ non-standard distances. 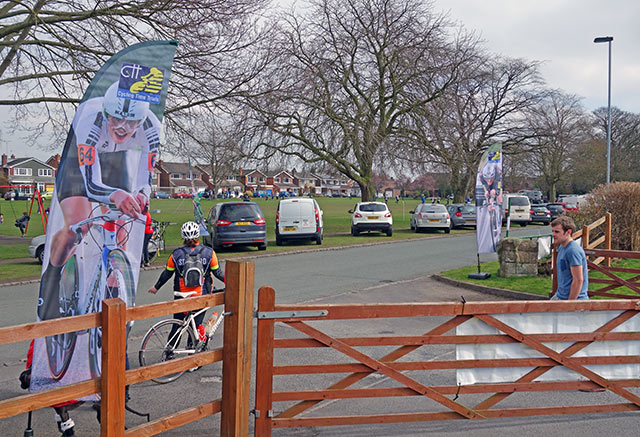 Personally I like the time trial series, because it makes a nice change to do interesting courses, rather than just look for ‘fast’ dual carriageway courses. With threats of more A roads becoming mini motorways, many feel these kinds of sporting courses are more likely to be the future of timetrialling.

In addition, my enthusiasm for sporting courses is also encouraged by the rather self-interested motive of doing better on any race that goes up hill!

Today was a 22 mile circuit (K48/23) around Utoxeter and Weston – an event very well managed and promoted by  Stafford Road Club. It includes 422m of ascent in 22 miles. There’s no major hills, just a few short sharp shocks. Overall, the course is reasonably fast, with a ‘relatively’ good road surface (actually very good for UK) and opportunities for some quick sections too.

I arrived in plenty of time, which was a good job, as I spent ages messing around with my front brake. With virtually zero wind, I wanted to use my Zipp 808 front wheel. The problem with the new Zipp 808 is that it is a wider width so I needed to adjust brakes. Adjusting brakes on Trek Speed Concept is hard work,  because you have to take a fairing off to unhide the brakes. 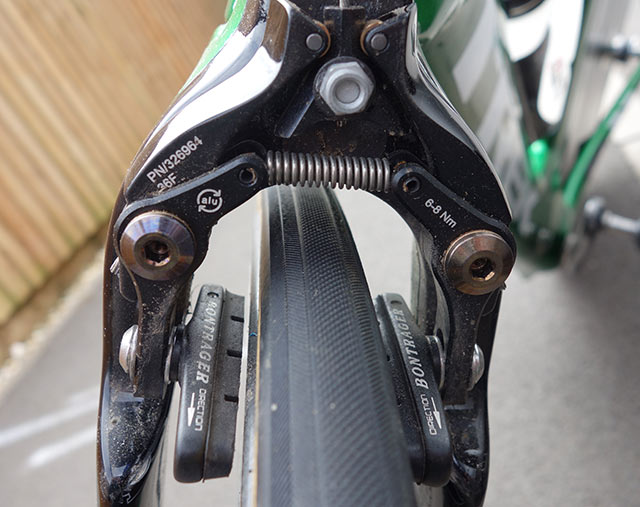 I got the Zipp 808 on, only to find out 10 minutes later, it had a slow puncture, so I had to go back to thinner 404 and the whole business again. After all that, I warmed up for about 30 minutes and made way to the start.

It was one of the best weather days of 2015, and was able to do the first race of the year without gloves. I had never done the course before, nor had I driven around. I did the next best thing and had a look on the map. It didn’t seem particularly technical so it wasn’t too bad riding blind. But, still, when you don’t know what is coming next you do have a little more hesitation.

I felt it took a while to get going. But, I passed a few riders and caught my minute man Dean Robson by the reservoir. On the last leg, I tried to go harder up the hills and get the last big effort out. The main sensation was that feeling of nausea from the accumulated acidosis (lactic acid). It’s a real pain, and takes about 10 hours to get out of the system. Must try drinking coconut water next time.

I finished 3rd in a time of 47.39. My power for the race was 298 watts. The splendid thing about a power meter is that it gives you a reason to be dissappointed, even after a good race. I was hoping for a higher after averaging same on a long race last weekend. Still, it is good form for this stage in the season.

Next event in the series is one of my favourites – Buxton Mountain Time trial, with over 1,000m of climbing and really deserving of title ‘very hilly’ time trial.

In total there was 140 riders in the event, it was good to see a big turnout. Over 150 have entered Buxton, so hopefully entries will keep rising.