By tejvan on February 6, 2014 in commuting, photos 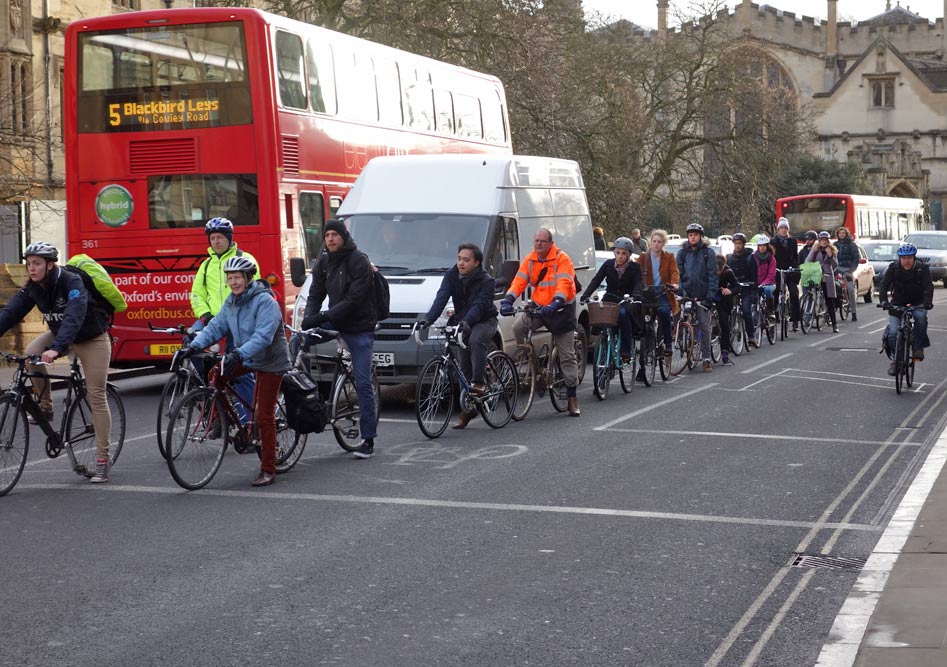 I’m impressed at the patience of these Oxford cyclists in rush hour. Who says the British can’t still queue?

I have to admit I would have a temptation to sprint along the inside and then sprint away from the lights. But, when everyone is so well behaved it wouldn’t feel right to spoil the good natured patience. I tend to avoid the ‘cycling queue’ by going straight on and turning right later on. Definitely, when you see people acting courteously it influences other people to do the same. Similarly when some start flouting the laws it has a big influence on other people. 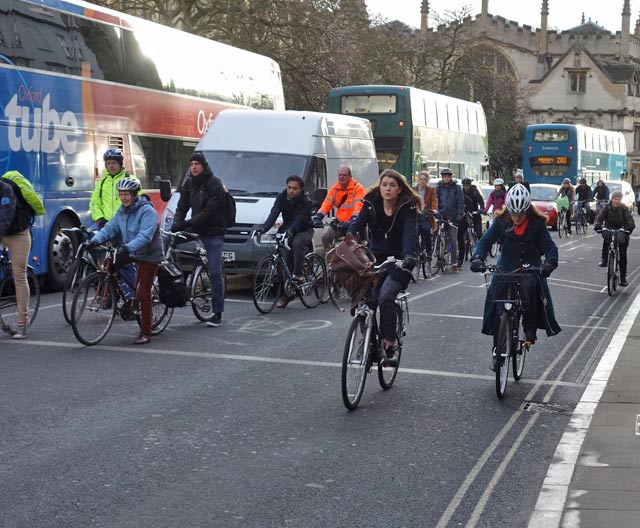 Right hand lane waiting for lights to change. Left hand lane is straight on up the high street. 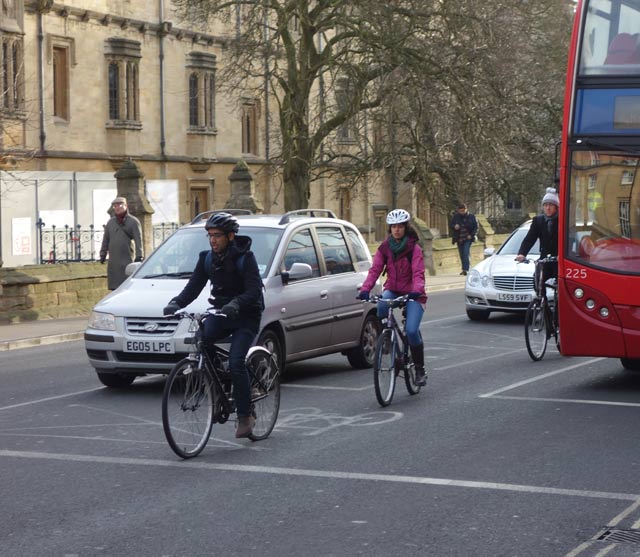 The only problem with this feeder lane is that cyclists are coming up the middle between two lanes of traffic. But, at least the traffic is usually slow moving around here. (20mph speed limit, which isn’t exceeded by too much) 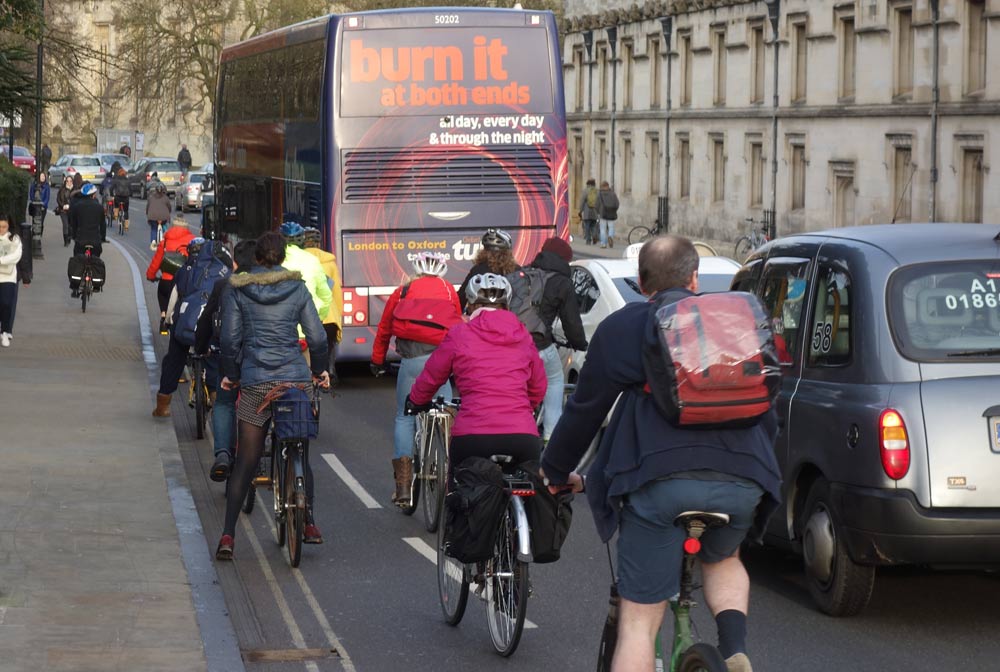 This is a dangerous possibility. The huge and very long London Tube bus was wanting to get in the left hand lane, but cyclists were squeezing through on the inside (along the dotted cycle lane). It’s not clear who has right of way or who should give way in this situation. Eventually the bus driver got frustrated with waiting and started beeping his horn, hoping some cyclists would stop allowing him to get in left hand lane. But, if one cyclist goes on the inside, other people often follow suit. (same principle with car drivers overtaking  on the wrong side of road) 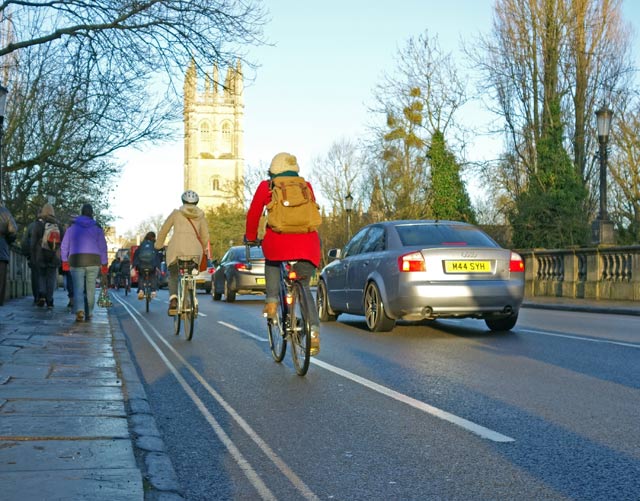 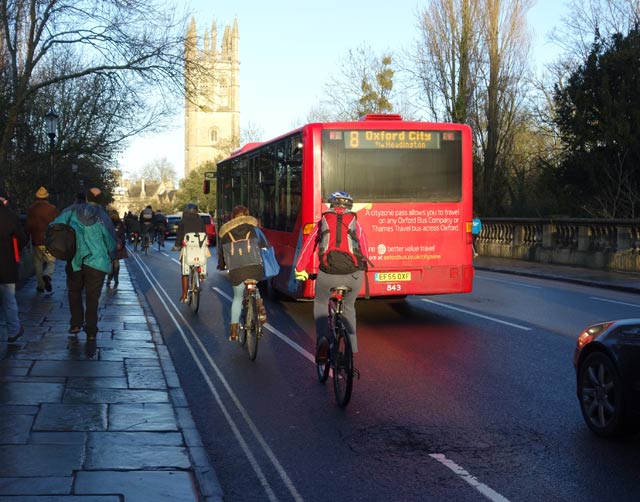 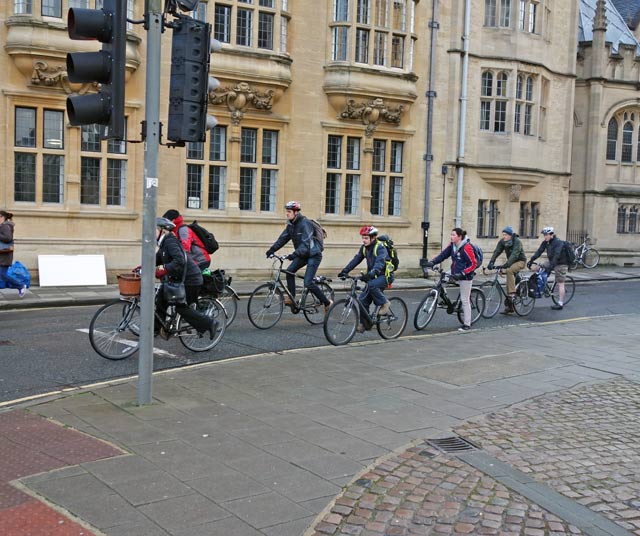 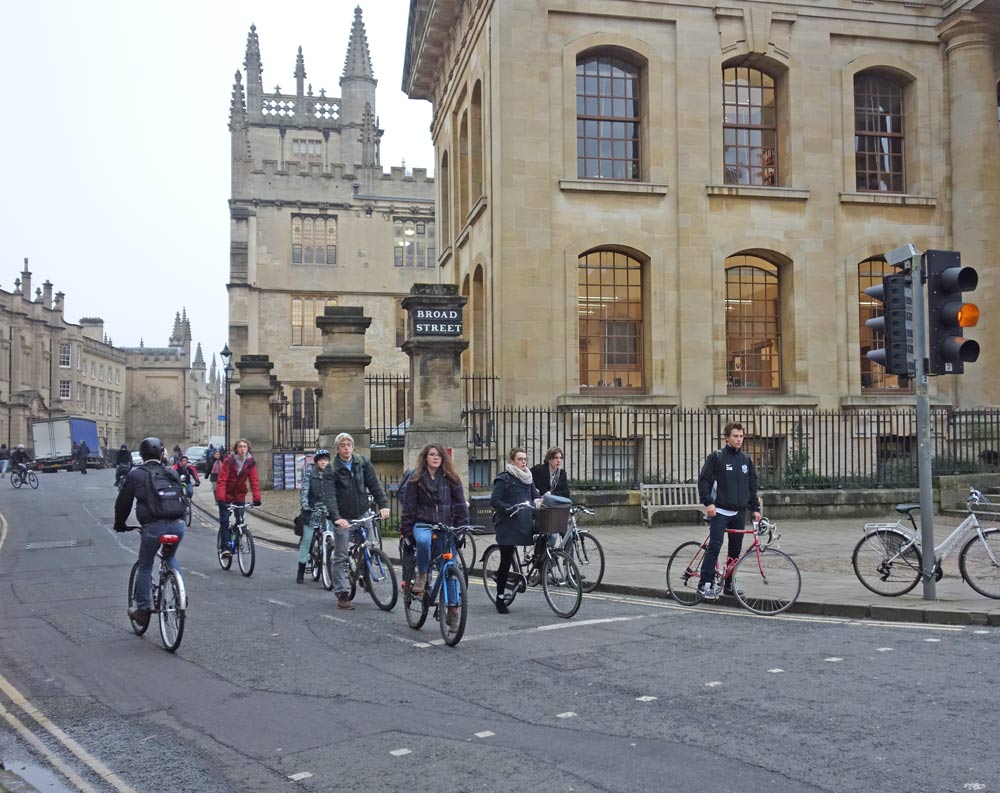 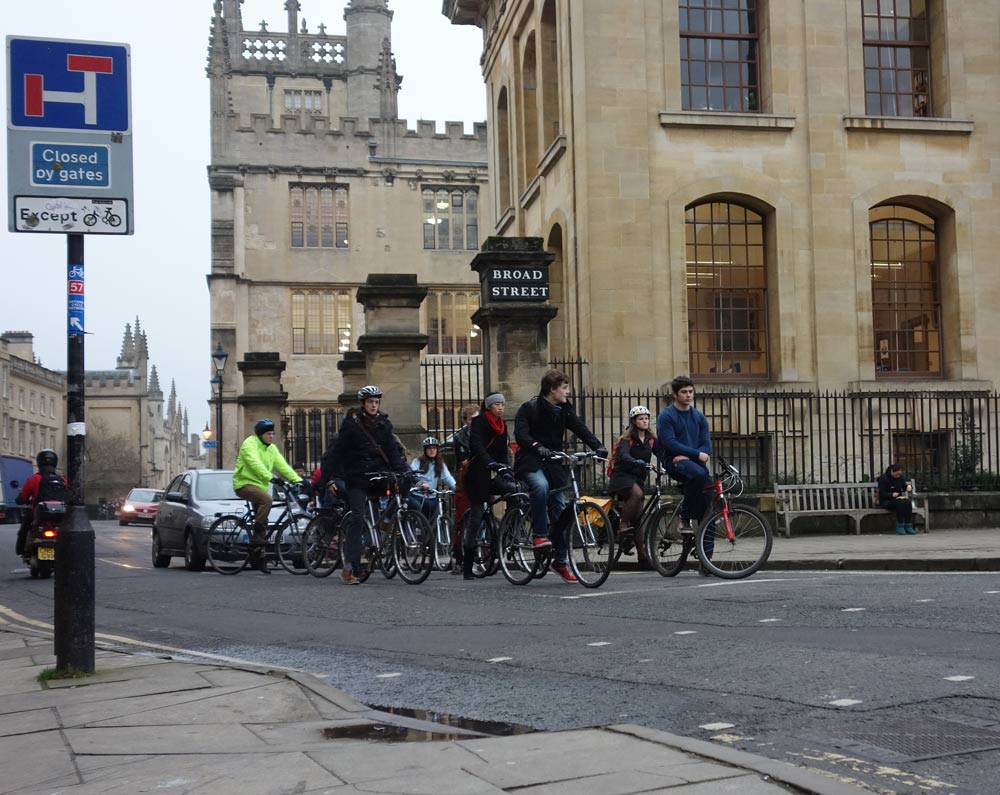 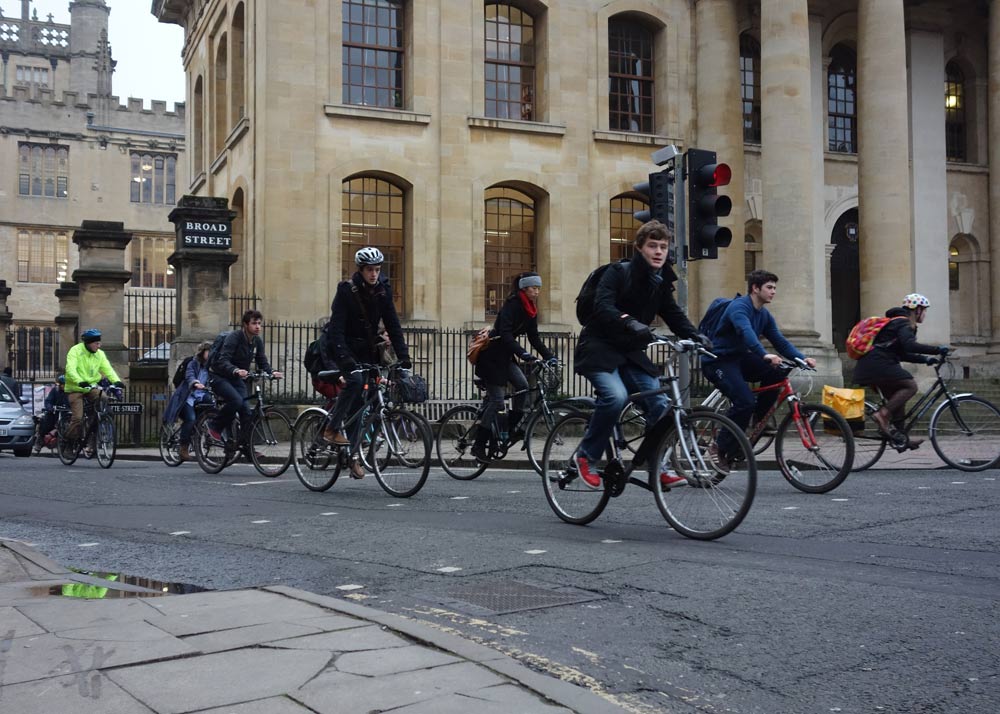 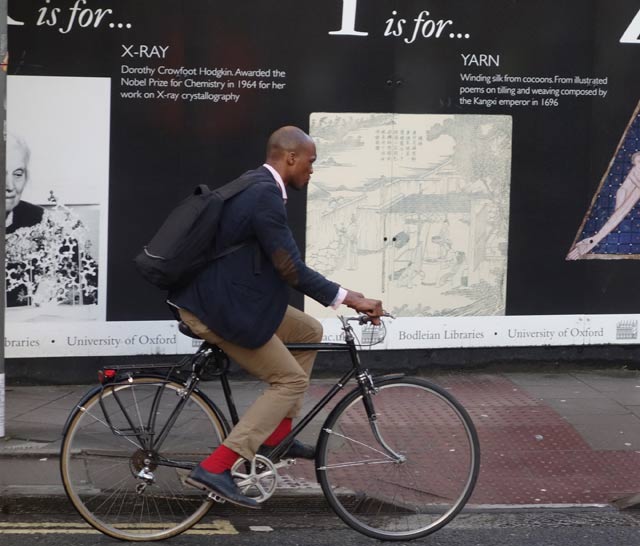 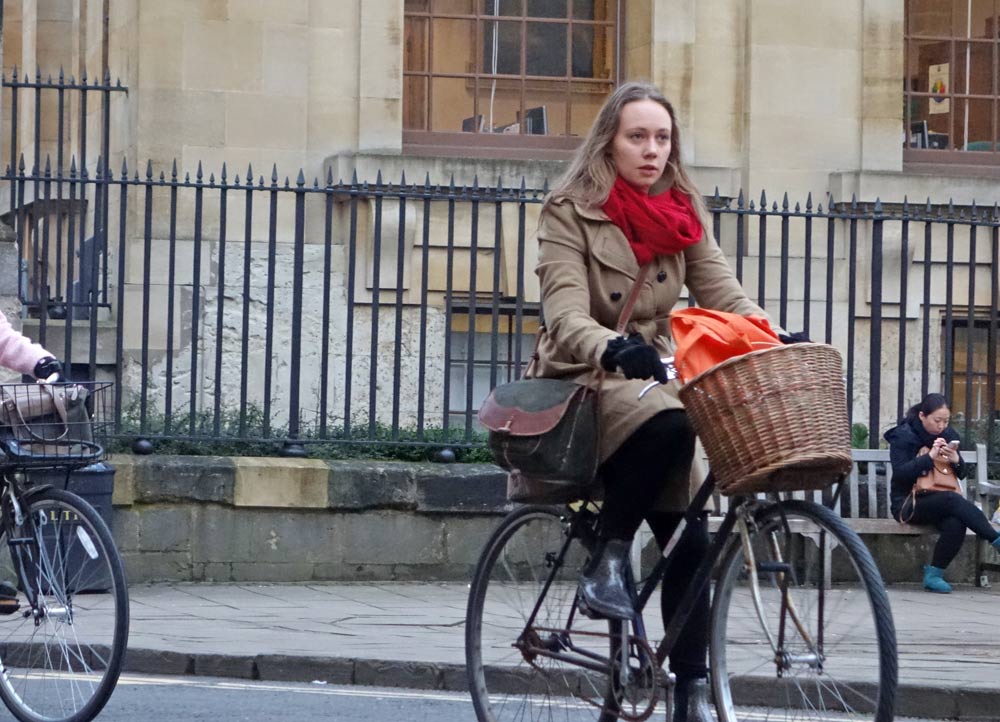 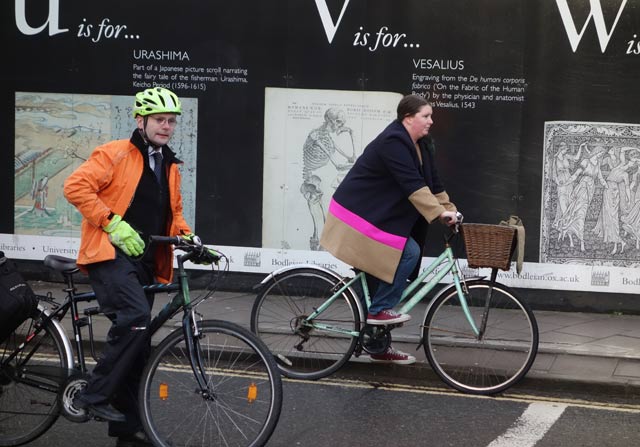 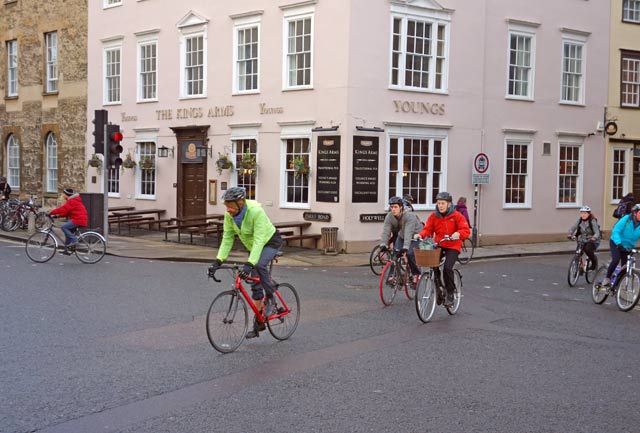 A busy crossroads with cyclists over 50% of the traffic. 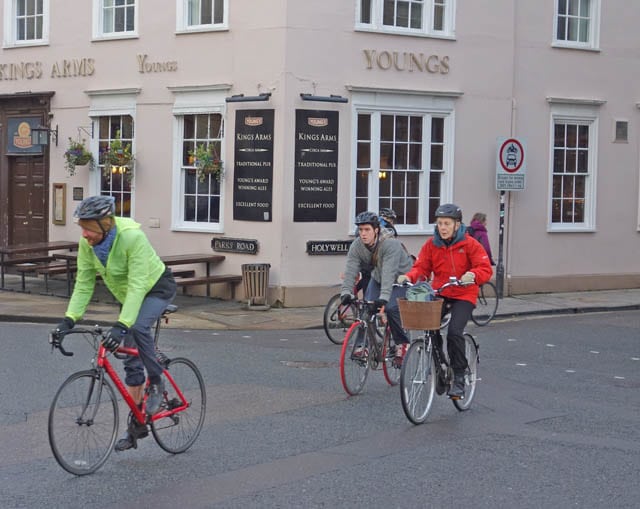 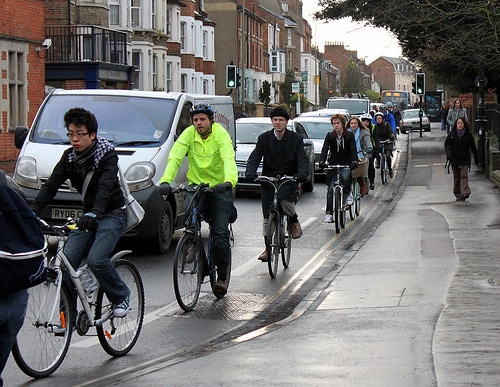 2 Responses to A traffic jam of cyclists