Dover’s hill is just over a mile long, with an average gradient of about 9%, and is 14% at the steepest. The gradient is fairly constant, except for short bit at finish which is quite flat. It is a good hill for a fixed gear bike, and you can do most of the hill seated in the bike. It is a classic British hill climb and one of the most popular national hill climb venues. The hill climb course, is slightly shorter at 0.9 miles.

Dover’s Hill is a beautiful part of the Cotswolds. It is also the scene for the world’s oldest Olympic Games –  Robert Dover’s Olympik games stated four centuries ago. It includes bizarre sports like shin kicking, wrestling and tug of war. I don’t know why they don’t include another bizarre sport like cycle hill climbs…

There are several good climbs in this part of the world. The parallel climb up Saintbury is a bit longer and steeper.


START opposite a field gate and in line with a utility building in the field on the left, approximately 75 metres south of the unclassified road Parson’s Lane. Proceed to climb Dover’s Hill, passing the half way point sited 4.2 metres north of Telegraph Pole 99 and near to Knapp Cottage, to FINISH opposite the Steep Hill warning sign (14%) and approximately 25 metres before the entrance to the National Trust car park on the left. 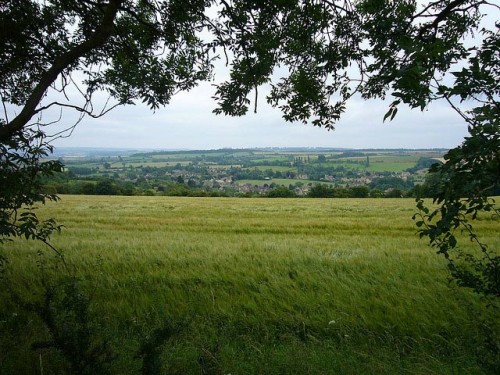 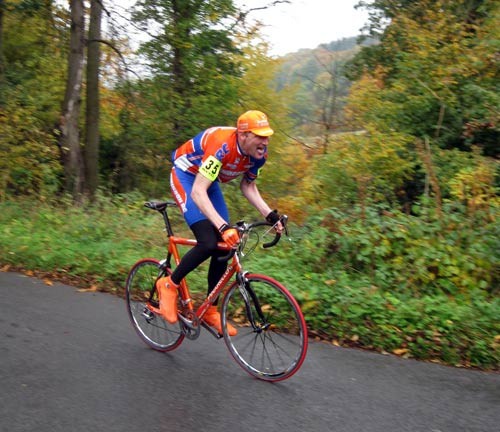 2010 was a good season. I won many races, but not the warm-up race on Dover’s Hill. I finished 3rd in the open. Shame the national wasn’t on the slightly longer Saintbury. Dan Fleeman won his second national title. Matt Clinton finished 2nd.

Women champion was Lynn Hamel of Team NCA in a time of 5.04.0. In second place was Chrissy Radon (Team Zappi’s) with a time of 5-14.7. Read more at 2010 national hill climb at Cycling Weekly

Other national Championships on Dover’s hill 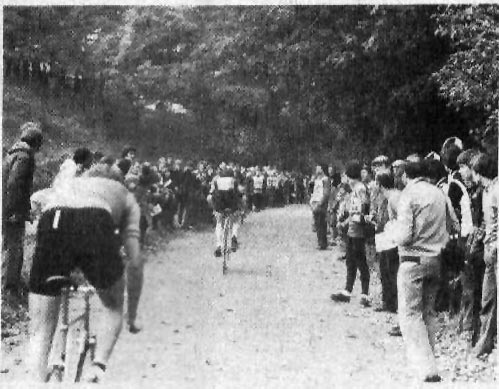 This weekend was a two stage hill climb put on by Warwickshire RC. I did this event in 2008. The first climb of the day was Saintbury hill climb. This is longer and more suitable for geared bikes. At the bottom is it is quite steep (perhaps 16%) before levelling off for long climb to the top.

The day and night before I had been counting runners in our Sri Chinmoy A.C. 24 hour race (running). I got back from London late on Saturday. The next day I felt surprisingly awake and fresh. But, I did my usual thing of arriving in the nick of time and rushing to the starting line in wrong direction. Just after starting, I saw a large removal lorry reversing down the hill. I didn’t really lose much time but it did force me into the gutter on the left hand side. After that I got into a good rhythm and tried to go faster over last two minutes. I finished in 1st place in a time of 5.53. This was 30 seconds quicker than when I did the climb in 2008 (then organised by Solihull CC)

After riding Saintbury, I went up Dover and crossed over to this crossroad to take one or two photos of people still racing.

After a two hour break, it was time for Dovers Hill. Despite being shorter, I couldn’t give much more intensity than the first climb. It is difficult to do two hill climbs in same day. I did manage to sprint for the finish and came third on that hill in a time of 4.04. I was four seconds behind Mike Cuming (Team Raleigh) and 0.5 seconds behind Matt Clinton (Mike Vaughan Cycles)

I managed to hang on for the overall victory by four seconds, which was great.

It was great to meet some regular readers and commentors to the blog. – P.J. A good ride to squeeze into top ten, Dave Preece (Worceter St Johns) and Neil Blessitt (Severn Road Club). Also nice to chat to young Team Raleigh riders Mike and Richard.

I was pleased with ride, it also means I have an outside chance to do well at Nationals at the end of the month. Also with the margins so close, it makes me wonder whether I should look into buying some super light weight wheels. I wouldn’t be surprised if the top ten placings are decided by fractions of seconds. Of course, personally, I would prefer a climb like Saintbury, but, I think Dovers is just long enough to give me a chance.