By tejvan on September 4, 2016 in procycling

The Vuelta is the youngest Grand Tour (formed 1935) and has often been in the shadows of its more illustrious rivals – The Tour de France and the Giro d’Italia. But, in recent years it has often provided the highest quality racing and also provided a showcase for emerging riders to make a name for themselves. 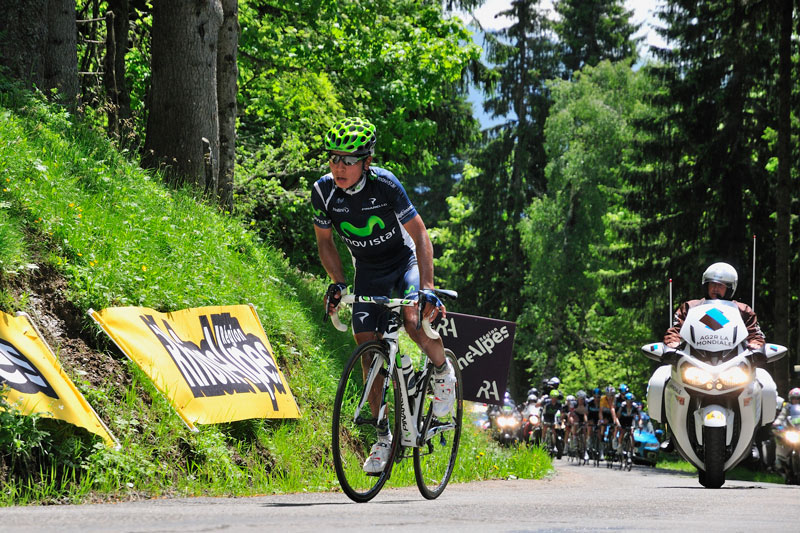 The Vuelta is squeezed into a difficult slot in the calendar – September, just before the World Championships – but it often provides the most drama for the general classification battle, something that often eludes the Tour de France. The recent editions of the Vuelta have all provided great racing, intrigue and a see-saw battle between the top contenders. The organisers have thrown the rule book for grand tours out of the window and created stages which seem to create more attacking racing. Shorter stages, innumerable mountain tops. The sprinters union may complain and the likes of Cavendish, Greipel have voted with their feet – preferring the Tour of Britain. But, whilst it is good to see the top sprinters in full flight, the excitement lasts perhaps for the final 1km – it’s all over before you can work out where everyone is. What we really want to see is epic battles over mountains.

Yesterday’s Queen stage in the Vuelta was gripping, with three races for the price of one. The race for the stage win (won by R. Gesink), the daring attack by Orica Bike Exchange, which saw three Orica domestiques up the road come back to help Simon Yates gain over a minute on his main rivals and move up from 7th to 4th place in the GC. But, this was all trumped by the ongoing battle between Quintana and Froome. A dual which has been building up for the past two weeks. Usually, the red jersey wearer is the one who defends, but Quintana knows he needs a bit more time before the flat time trial which will favour Froome. The result is the constant attacks and efforts to drop Froome. Earlier in the race, when Froome was sticking rigidly to his power meter level, he allowed Quintana to gain time, but yesterday he stuck much closer. Perhaps Froome will try to attack today.

In the Tour de France, the number of summit / hill finishes seems to be strictly limited, giving climbers only a limited number of opportunities. But, the Vuelta has thrown in a record number. Why not have four summit finishes in six days? There’s no one to say otherwise. Like the Tour, the Vuelta has some epic scenery – especially in the north. The Basque country  has a Yorkshire feel. Up and down all day, short steep hills to make the terrain more unexpected. Perhaps they should try run the Tour de France in Spain – which is ironic because the best stage of this years Vuelta was run through France.

More than the course

Of course, it’s more than just the course design. The Tour de France has sought hard to vary the racing, copying many of the tactics of the Vuelta, but ultimately race organisers can’t organise the form of the top riders. If Quintana hadn’t been off form in the Tour, we may have been saying this years Tour de France was the best race of the season. Also, another factor is that the most financially strong team in the peloton (Sky) approach the Tour de France with the same kind of focus GB give the Olympics. To the Tour they take their top riders in top form. To the Vuelta, Sky still probably have the strongest team, but it’s not quite the disparity we saw in the Tour. Also, there is no question of Froome peaking for the Vuelta. It’s not an afterthought (Froome does have unfinished business with the Vuelta), but it’s been a long-season with a draining trip to Rio.

Perhaps the secret of a more successful Tour de France is to give Froome a one minute handicap – perhaps breaking his bike and making him run up a mountain on one stage. That would level the playing field and make it really exciting. Alternatively, they could hold the Tour de France in Yorkshire. Just go endlessly around the Yorkshire Dales with summit finishes on Fleet Moss – that would probably upset the apple cart.

Meanwhile viewing figures for the Vuelta are starting to rival that of the Tour, and who can blame the viewers. It may not have the same global media coverage, but those who like pro-ycling, know the Vuelta is something not to miss.

3 Responses to The Tour de France vs the Vuelta Espagne