By Tejvan Pettinger on January 24, 2017 in training

As a partial follow up to finding cycle routes, sometimes I will take a short detour from roads frequently travelled. After spending 20 years cycling along a road, inquisitiveness makes the better of me and I will go up a side road, even if it is a dead end. It’s like wanting to tick off all the roads in the local area.

In trainspotting circles, there is something called a ‘line basher’ – it means you endeavour to travel over every railway line. Apparantely, you used to be able to do the whole London Underground network in a day, if you travelled non-stop. I’ll take their word for it. But, after 20 years cycling over the same terrain, there is part of me which wants to go down that road I’ve always gone straight past, just because – well it’s there.

Quite often these dead-ends are just that. Another road to nowhere, but sometimes it can give a rewarding view, interesting location or even unexpected climb. 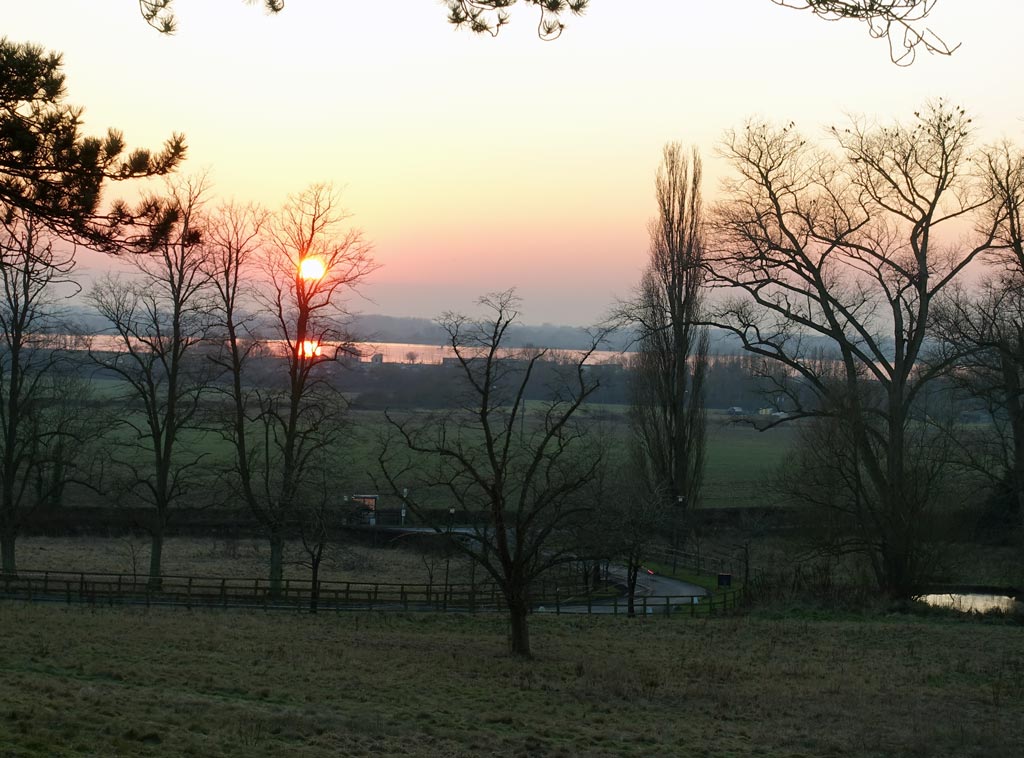 View from above Oxford Eynsham road

Last Saturday I was on the road from Eynsham to Oxford, after 50 miles in the Cotswolds. It is a flat, rather uninspiring road – a narrow B road, with a constant stream of cars overtaking at 50mph plus. For cyclists going back to West Oxford, it is a road much travelled as there are not too many alternatives. When you get on this road, there is no relaxation or admiring of the scenery. It is the kind of road which is head down and get home as quick as you can.

As a small detour – one of the very first races I did was a club event organised by Oxonian CC. It was a very old fashioned style of race Oxford – Cheltenham – Oxford. In the old days, you used to race from Oxford post office to Cheltenham Post office, but increased traffic meant the start and ends were moved out of town. Basically the route was up to you, you just road to a marshall in Cheltenham and road back home. There were six of us doing the 76 miles race. I came first out of six, but more importantly set a new record 3 hours 24 minutes (I think). I got my name in the local Oxford Mail, thanks to the enthusiastic press secretary David Free. It mentioned me coming first and the new record. (it didn’t mention there were only six competitors). The reason I mention is the race started out on this Eynsham road and three hours later finished coming back.  I don’t think the races is held any more, I may well hold that particular Oxonian CC club record in perpetuity. 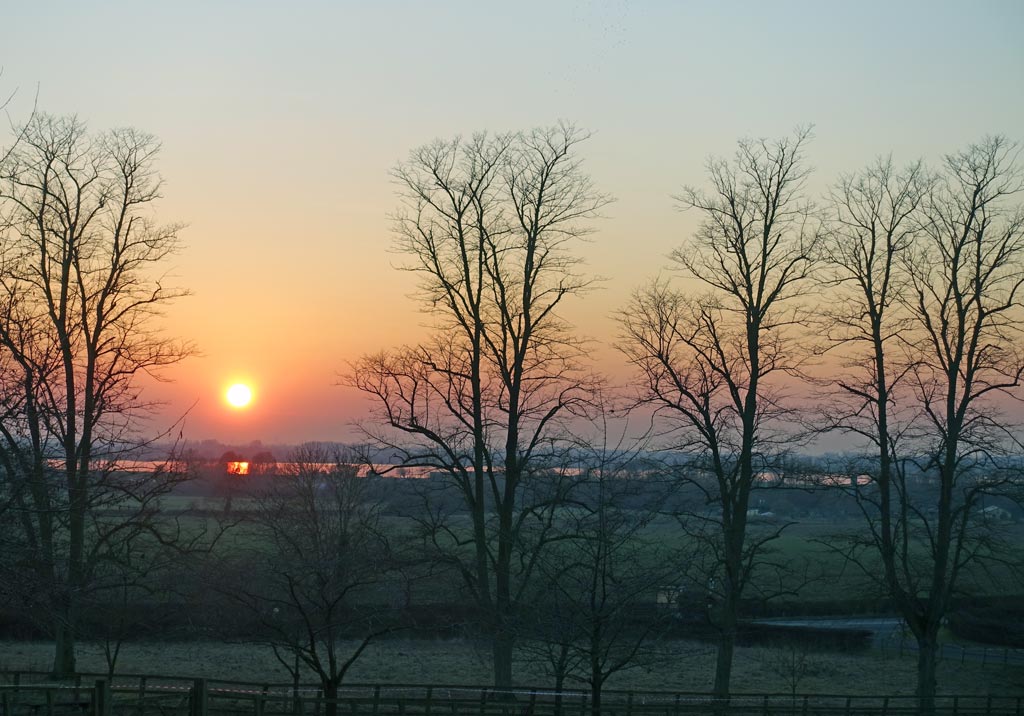 Anyway, back to a cold Saturday afternoon. Despite the temperature dropping quickly as sunset came on a cloudless sky, I was intrigued by a huge gathering of birds, so took a left off the main road and rode up this incline to a posh looking hall. I must have gone past that left turn 300 hundred times, but this time I took a detour to get a closer look at the birds. Looking back across the road, I could see a lake in the distance. Just a few metres of climbing and you get a very different viewpoint from being on the B road – with head down back to Oxford. 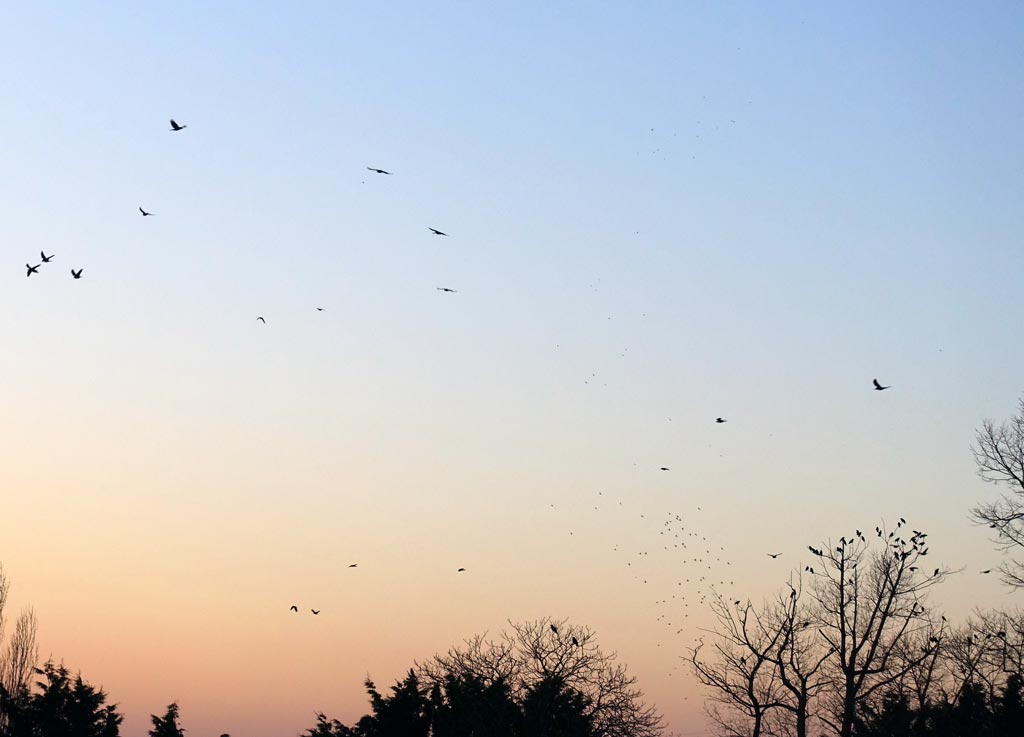 A gathering of rooks and starlings.

The sunset and gathering of birds was quite rewarding and, even though I got cold taking the photos, it was worth the short detour from the road often travelled.

2 Responses to Off the beaten tracks